One warm, spring evening of 1967, two young men were sitting in famous Fonda Pepe bar in Sant Ferran, playing chess and and having friendly discussion, while the sun begun to go down. Formentera from those times resembled the modern one, although there were few people, a little bit of electricity, hardly any cars and amazing tranquility. It was so quiet that you could even hear the movement of each of their pawn, even a hundred meters away from the bar.

One of those men, Pio Tur, has just turned 30. He was a, born in Formentera, musician, who in 80s became a councilor in a local government. The other one, was barely 25. He was an American with an aquiline nose and curly, messy hair. He came to the island persuaded by his friend, who told him that there was a secluded, beautiful and unspoiled island in the Mediterranean, where you can find a quiet and intimate mainstay. Until the day of his death, Pio Tur was swearing that the friend who played with him chess, was none other than Bob Dylan.

Was this genius from Minnesota, the author of “Blowing in the wind”, really living in Formentera? There are many testimonials, that confirm it. Like the one that gave Pio Tur or his first wife Sara. However, there are also many citizens who don’t remember Dylan crossing the island. According to this legend, Bob Dylan lived here few months at the peak of his career. He was already very popular and known worldwide and the fact that he was unnoticed on the island, had been very hard for him.

They say, that Dylan came to Formentera after advice from Allen Ginsberg. He was just tired of carrying on his back the unbearable responsibility of being the leading fighter of civil rights in the world’s most powerful country. He arrived by a boat, like everyone else, without anything, wanting to forget his stage name for a while. It was a while before the Woodstock festival was celebrated and, although there were foreigners settled in Formentera, there was no hippie movement, that has marked so profoundly the 70s. Fortuitously, Dylan met here another Bob, Bob Baldon, owner of the House of Books. They became  very good friends. They were both Americans and both came to the island after suffering a motorcycle accident, that made them reflect on the course of their further lives. When Baldon died his House of Books was turned into International Library of Formentera.

However, there is no trace of this story. Nothing, no photograph, no autograph or any other testimony with a historical value. One other rumor says, that Bob Dylan slept in one of the seven windmills on the island. If you would go and ask anybody in Migjorn neighbourhood, somebody might tell you that he has seen Bob drinking in the Cantina Jesus Mari (now called Blue Bar). The easiest thing would be to ask the singer directly, but probably he wouldn’t want to answer. He would want the answer to be “blowing in the wind” and never be reveled. If Dylan really lived in Fromentera, he probably spend his  time on conversations about music, God, Bible, nature and human consciousness. In December of that same year, he published his album ‘John Wesley Harding’ with songs like ‘All Along the Watchtower’, which might me a little clue. I can imagine him saying to Pio: “Hey men, I just wrote a new song! Tell me what you think about it”.

“All along the watchtower, princes kept the view
While all the women came and went, barefoot servants, too
Outside in the distance a wildcat did growl
Two riders were approaching, the wind began to howl” 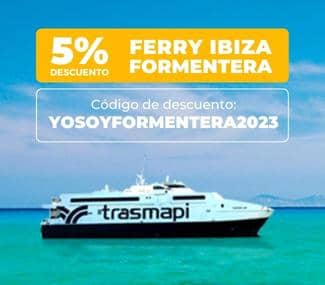